– The marriage is voluntarily decided by the man and woman;

– The man and woman do not lose the civil act capacity;

– Vietnamese citizens residing abroad must have a residence permit issued by a foreign competent authority;

– The marriage does not fall into one of the cases prohibited from marriage prescribed at points a, b, c and d, Clause 2, Article 5 of Law on Marriage and Family, including:

* Note: The State shall not recognize marriage between persons of the same sex.

* Documents to be presented:

– Passport, ID card, or another document containing photo and personal information that has been issued by a competent authority and remaining valid for the identity verification purpose.

– Foreigner presents the original of passport for the identity verification purpose; if having no passport to do so, he/she can present an international travel document or a residence card.

– Documents proving his/her place of residence to determine the marriage registration authority (in the transitional stage).

* Documents to be submitted:

– A written certification of a competent Vietnamese or foreign health organization stating that he/she does not suffer any mental or other diseases which deprive him/her of the ability to perceive and control his/her acts.

– Certificate of marital status of Vietnamese citizens residing in the country (in the transition stage).

* Other documents to be presented or submitted on a case-by-case basis:

– If the partner being Vietnamese citizen is an official/public employee or an armed force official, he/she shall also submit a document issued by the authority certifying that his/her marriage to the foreigner is conformable with regulations of such sector.

– If the partner registering for marriage is working, studying abroad for a definite term, he/she shall submit a certificate of marital status issued by overseas diplomatic mission or consular offices of Vietnam.

* NOTE: For documents presented or submitted:

Step 1: The applicant shall submit the marriage registration dossier directly at the dossier-receiving and result-delivering section at the commune-level People’s Committee (male or female partners can directly submit the dossier without written authorization of the other party).

Step 2: The receiving person is responsible for immediately checking the entire dossier, comparing the information in the declaration and the validity of the documents included, whereby:

Step 4: If the Chairman of the People’s Committee agrees, he/she shall sign 02 originals of the Marriage Certificate. Within 03 working days, the Department of Justice shall organize the handover of the marriage certificate to the couple, each party keeps 01 copy. 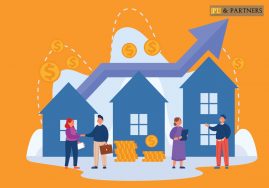 Is a red book that only has the name of a spouse considered the common property of husband and wife?

QUESTION: Hello Lawyer, I have a question for you and... When will the land plot be opened for sale

Currently, in the context of the rapidly growing and developing... 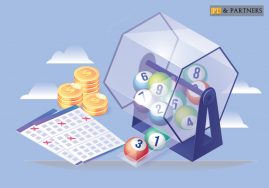 Are lottery winnings common property of husband and wife? Company failure to pay wages, do employees have the right to request to commence bankruptcy proceedings? 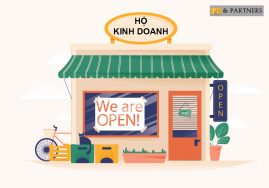 Which taxes do business households have to pay?

Business household is a production and business establishment registered to...